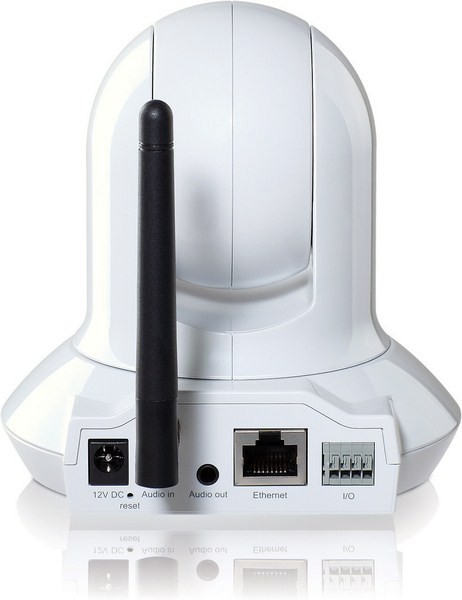 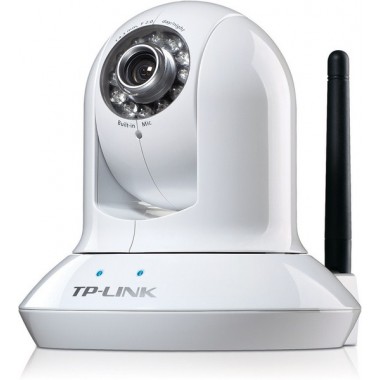 The TL-SC4171G is dedicated to providing 24-hour security monitoring of a home, office, store or any other location needing day and night security. By easily mounting this camera on a ceiling or wall, it offers wide-range pan/tilt monitoring of the entire space in which it is located. Moreover, live video can be accessed through the Internet on a PC/laptop, or even via 3G mobile devices such as Blackberries ™ or iPhones ™! Featuring a 54Mbps wireless connection, 2-way audio and other practical functions, the TL-SC4171G is a fantastic solution that allows users to keep an eye on whatever they value most.

The TL-SC4171G can offers extra wide, whole-room surveillance coverage with 354 degree horizontal pan (left & right) and 125 degree vertical tilt (up & down). Moreover, 4 patrol tours that consist of 8 preset positions each make the camera automatically move along a desirable route to allow users to easily capture a number of specific points around a room to ensure that the most sensitive areas are covered, using the camera’s easy-to-use user interface

The TL-SC4171G is equipped with an industrial level IR-Cut filter Removable (ICR) component with high performance and stability. The filter completely removes infrared light that is used for night-time surveillance, allowing the camera to produce the most vibrant video without color distortion during the day. Meanwhile, in low-light, even completely dark environments, 12 IR (Infrared) LEDs turn on automatically to reveal clear monochrome video of the surrounding area. This unique function is unavailable on other traditional day/night cameras that offer moderately less video clarity.

The TL-SC4171G automatically records video when needed, detects unexpected intrusions and alerts users via e-mail when motion is detected. It also supports digital input/output for external sensors and alarms.

The TL-SC4171G provides users with abundant flexible remote viewing options. Users can look in on their cameras via the internet from their 3G mobile phones, laptops, or tablets, such as an Android ™ phone or 3G enabled iPad ™.

With the TL-SC4171G's built-in microphone or one purchased separately, users can hear what's happening within range of their cameras remotely. What's more , by connecting an external speaker to the TL-SC4171G, users may also speak to someone near the camera or give a public address depending on the speaker's strength. This brings users more convenience allowing for better communication when monitoring their cameras from a remote location.

The TL-SC4171G's bundled surveillance software assists users with managing multiple cameras at the same time. With it, video from 16 cameras can be displayed on one screen. Users can archive streamed video and audio straight to their hard drives, playback video, and monitor up to 16 cameras on a single screen.